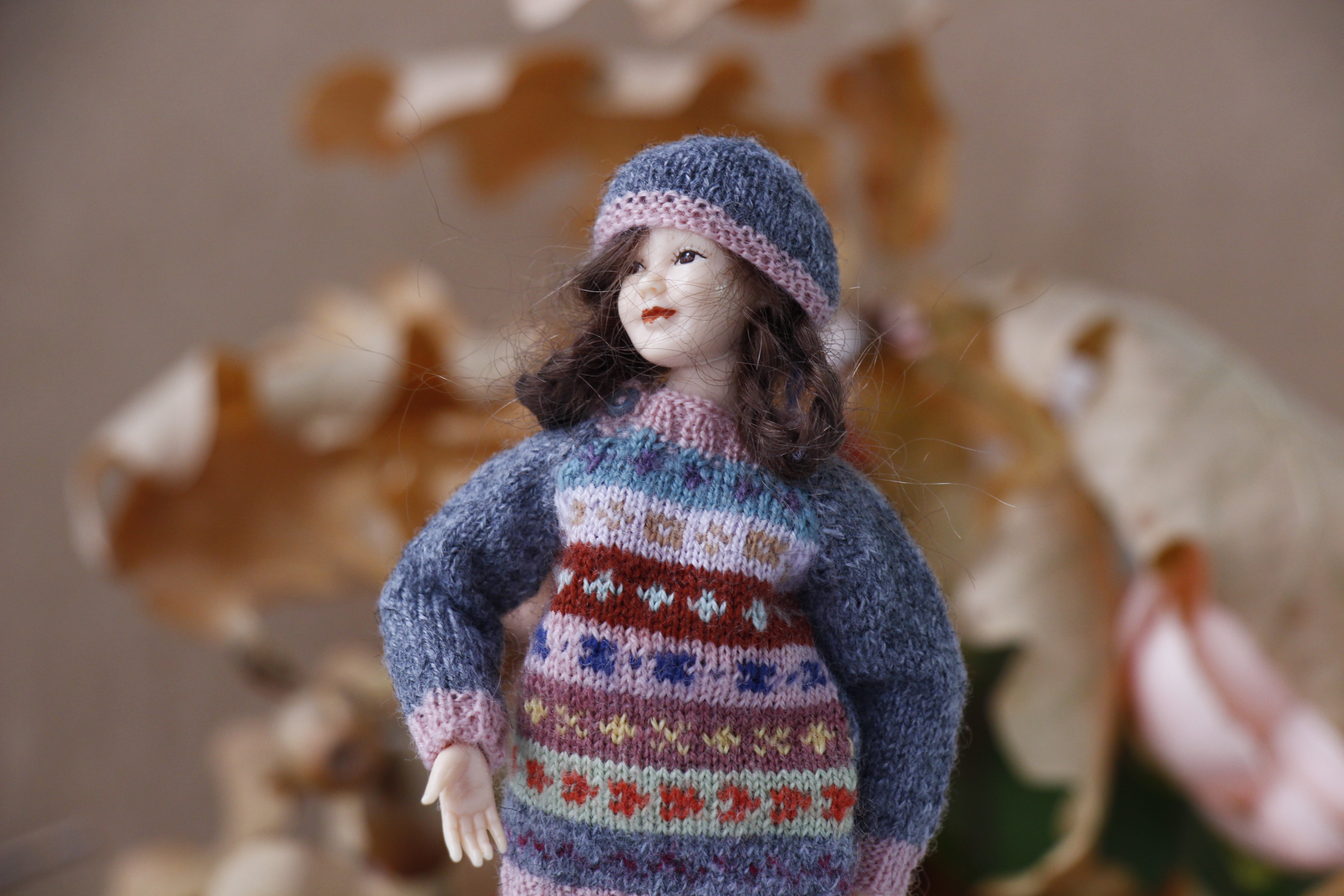 Following the rules of knitting in the technique of Fair Isle, I knitted a new sweater for Heidi Ott lady doll. I hope you will like it. And a little story about this knitting technique I would like to tell you.

Often the term “fair isle” is applied to sweaters with patterns. This approach is not quite correct: it is worth remembering about the other types of knitting in the technique of jacquard and understands that not every jacquard pattern necessarily fair isle.

Actually, fair isle is not so much a pattern as a knitting technique, which appeared on the Scottish island of Fair Isle and got its name. As the island itself is only one part of the Shetland group, so the fair isle technique is just one of many traditional Shetland techniques. The classic colors-a shade of red called “alizarin”, Indigo and pale yellow. However, immediately be distinguished from other fair isle techniques can unless Shetland masters.

In the technique of knitting Fair Isle, there are several rules-
– 1 –
Patterns are located on the product strips of different widths. There are narrow strips, 3-row, wide reach 20 and more rows.

Pattern color and background-in one row only two colors. They can change each row, but only two in a row.

Not to do on the underside too long broaches. A maximum of 7 loops. Maximum!

Try to avoid vertical lines. The reason is the worst elasticity of knitted fabric.

The first four rules definitely help the knitter’s easy memorizing the pattern of the ornament and significantly speed up the knitting.

The transition of colors in the pattern from dark to light and from light to dark.
This rule, along with the traditional yarn colors, which are traditionally controlled in the Faroese knitting, help and teach to combine colors harmoniously.

The first recorded evidence of Shetland knitting dates back to the 16th century. During the 17th it had spread throughout the Islands, and in 18-m has become the main fishery on the island.
The earliest Museum exhibits date back to 1850.  In the early 20th century, Fair Isle knitting was just a souvenir that travelers brought home with them.

However, 25 years later it became Royal and gained cult status at the universities of Oxford and Cambridge. It began to dominate and soon the words “Shetland knitting” and “Fair Isle” became synonyms.

The craft experienced a real boom. Then there was a period of weakening interest, but now this amazing and folk technique is experiencing a rebirth.
In my opinion, hand knitting in a jacquard technique will never go out of fashion.