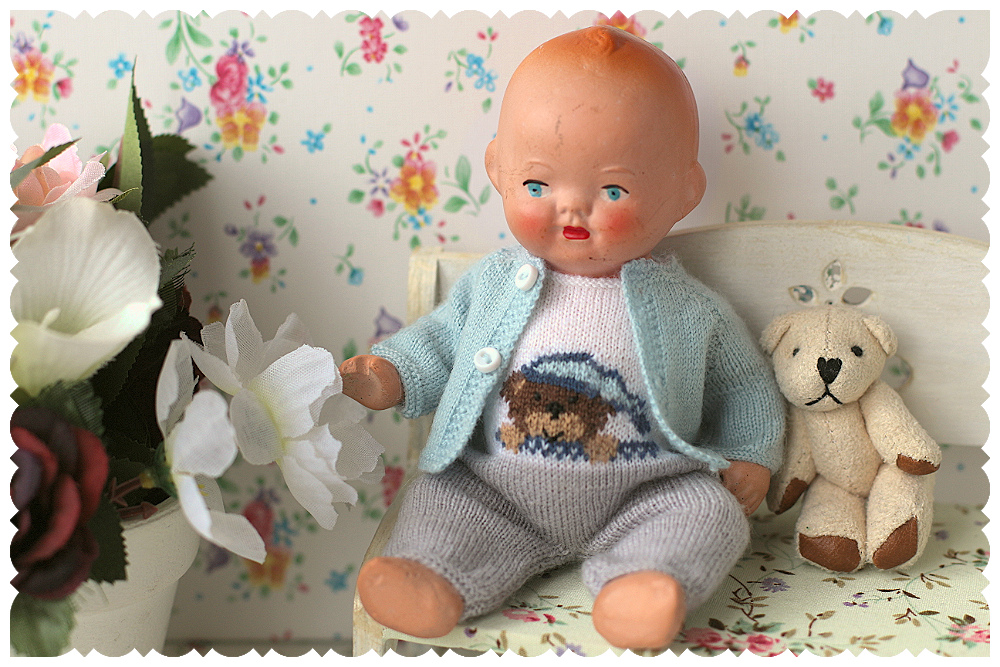 I live in Russia and have never known about dolls marked “Made in occupied Japan” before. But I have two such dolls in my collection. I learned a lot of interesting things about these dolls.

After the Second World War, Japan was occupied by the United States. The 1945 year, General Douglas MacArthur appointed to lead the occupied zone. He had no idea at all what to do or where to start.

His mission was to revitalize the Japanese economy. Everything that was done in Japan for export to the United States between 17 August 1947 and the end of the Allied occupation on 28 April 1952 was to be marked “Made in occupied Japan”.

I collect dolls and write articles about dolls, let’s take a look at some dolls of that time.

What began as a simple means of identifying Japanese goods for import into the United States has become alpha and omega for a growing number of collectors.

The range of products combined under the heading “Occupied Japan” is striking with its diversity, but most collectors focus on ceramic statues or toys.
Unlike most collectors, these objects tell us almost nothing about their manufacturers.

Instead of embodying Asian cultural traditions, Made in Occupy Japan products imitate popular toys produced in other countries.
By the 1950s, however, they began making original designs that would be sold in the United States.

Most of the toys produced during this time covered the entire spectrum from very simple to very intricate. These toys have now become objects of collection.

The price of dolls marked “Made in occupied Japan” was not high, about 50 cents.
But some products, especially those produced by the end of the occupation, were well manufactured and relatively expensive.

Gene Florence, the author of five books on the subject, says: “It is interesting that they were sold in modest shops for 10 cents and were considered inferior; but … many of these works were true of very high quality.”

Interest in the materials “Occupied Japan” as a collector’s item began in the late 1960s. According to Florence Archambo, President of the Occupied Japan Club, she offered (and still offers) two attractive qualities to collectors: items that are easily identifiable and affordable.

In the category of ceramic dolls need to pay attention to the faces, they are copied from European originals.

When buying a doll with this labeling, you should take into account some nuances:

Most doll collectors believe that ceramic dolls made in the 40s in Japan are very cute. They can be a decoration for any doll collection, especially because the price of an average doll is not very high.

I have two dolls. One of them’s in a red beret and the other’s a pottery baby.

I wore my new baby doll the other day. My baby doll has no markings on its back, but I sure that it was released in Japan in the 1950s. Not all dolls of that time are marked. Her age is indicated by a face that looks a lot like the faces of German Minerva dolls.